A survey among acne sufferers by the British Skin Foundation found one in five of the 2,299 respondents had contemplated suicide as a result of not finding an acne cure.  More than half of sufferers (56 per cent) have been the victim of verbal abuse from friends and family, while one in five blame the condition for the breakdown of a relationship.

The survey also reveals 10 per cent of people living with acne believe they were unfairly dismissed from their job because of their acne.

Rose MacIntosh, 25, is a call centre manager from Hertford, Hertfordshire. Rose says; “Since discovering Silver Serum for my acne, I have now come off all medications and my acne is in remission. My life has been completely transformed. I was 12 years old when I first started getting acne. I had worse spots than almost anyone else my age and as I got older, while other peoples cleared up mine got worse and worse. 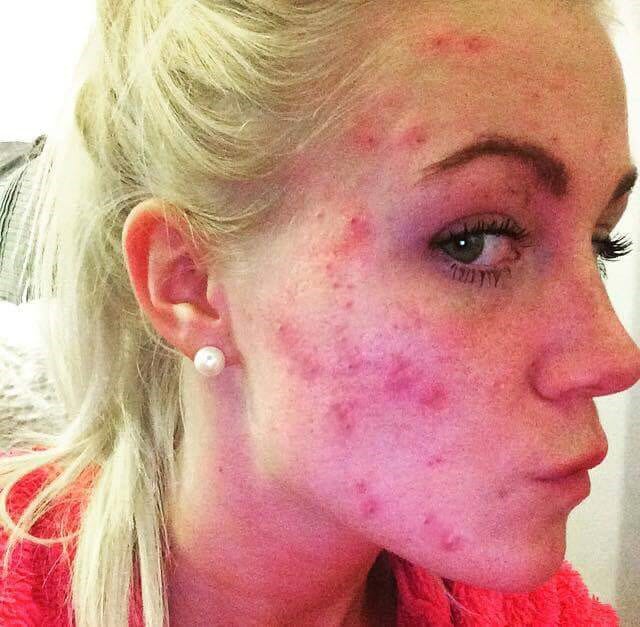 I got really badly bullied at school because of my skin. I was always being mocked by this group of five girls who told everyone I had chicken pox even though they knew I didn’t. They made my life a living hell.  They called me ugly and all sorts of nasty names. It was devastating. I got to the point where by I didn’t want to go to school, I didn’t even want to leave my house. I got so down about the bullying and how I looked I felt suicidal a few times. I honestly felt on several occasions that I really didn’t want to carry on. I ended up having to have therapy because my parents were so worried about me. The therapy helped at the time but was soon as I had to face the real world al the fear and depression came flooding back. 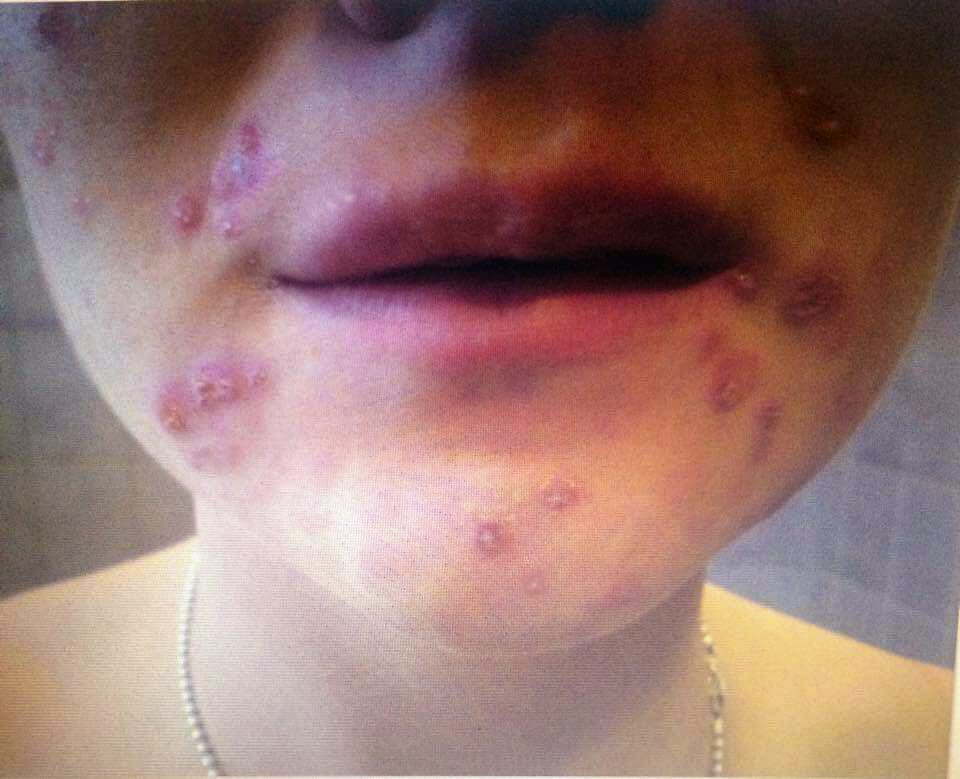 By my late teens I was unable to socialize outside of school. I didn’t really have many friends at school as it was but by my late teens I didn’t have any friends. I always felt like I was isolated from everyone and no one wanted to be my friend as I was being bullied so much. I barely spoke to anyone and if I did have to speak to someone like a teacher I used to talk with my hand covering my face. When I went to school I wore a scarf covering my lower face, even in summer. Before I left the house for school I had to spend at least two hours applying make-up before I’d even step through the front door. I became sleep deprived because I had to set my alarm so early to have time to do my make-up.   I met a boy when I 17 and we briefly dated, he was my first and only boyfriend as a teenager. At first it made me feel slightly better as he’d asked me out which meant someone was actually interested in me but then he started making nasty comments about my skin too. When other people said stuff about how I looked he didn’t stick up for me. When we broke up he said he felt embarrassed about how I looked. It was after the break up when I started to feel extremely depressed and began not wanting to leave the house. I felt disgusting and that no one would ever want me and that everyone was staring at me. I tried literally everything for my acne. I was seeing a dermatologist. I went on the contraceptive pill which made it worse. Eventually in my late teens I was put on strong acne medication for six months, which is when I began to have suicidal thoughts. My lips cracked open so they were bleeding and my hair started falling out in clumps. I now suffer from blepharitis as a result of the medication and I’m being treated at the Moorefield Eye Hospital for that. 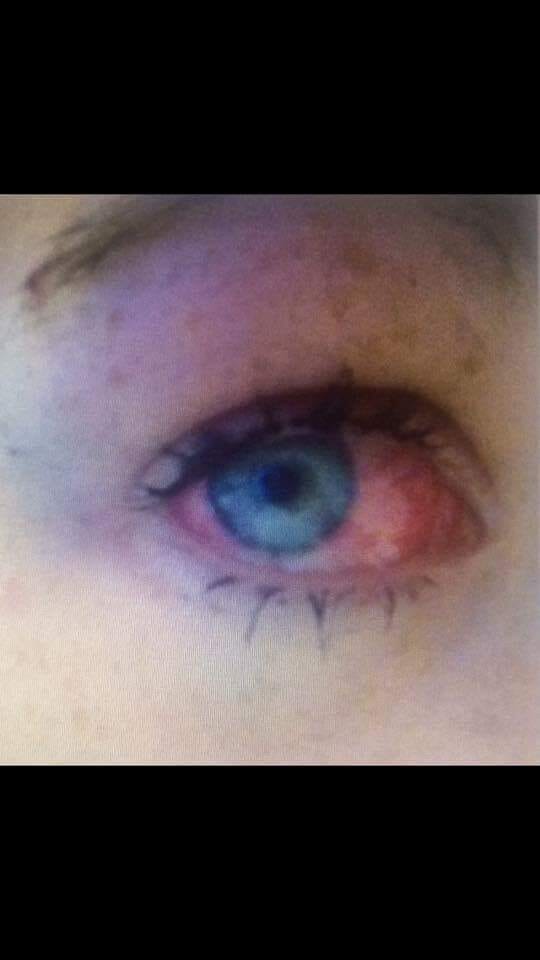 After my awful experience I felt I couldn’t take any more medications. I felt ill, my skin was dry and cracked and bleeding, my eyes were red and dry and my acne hadn’t really improved. I felt I looked worse than I did before the medications. I had given up on everything and just wanted to hide from the world. My mum was really worried about me and kept on asking everyone about anything they or their kids had tried for acne that worked. One day my Mum came home and said that a friend of hers had had really bad acne and she had tried a product called Silver Serum. My mum looked it up and tried to get me interested but I just couldn’t get enthusiastic about anything. If the strongest drugs available had not worked for me how was anything natural going to have an effect? 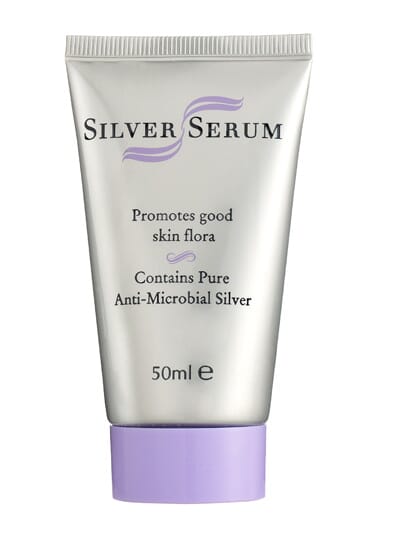 But she ordered some anyway as her friend had been insistent that it was very effective. She made me try it even though I protested. The effects were not immediate so I almost stopped using it. It was only after about two weeks that I noticed my skin was less red, less swollen and a bit smoother. Then week by week it gradually got better and better. After three to four weeks I started to feel the most hopeful I’d felt in years. After six weeks my skin was about 80% better maybe more. The redness and swelling has gone and my skin felt smoother and not all bumpy. 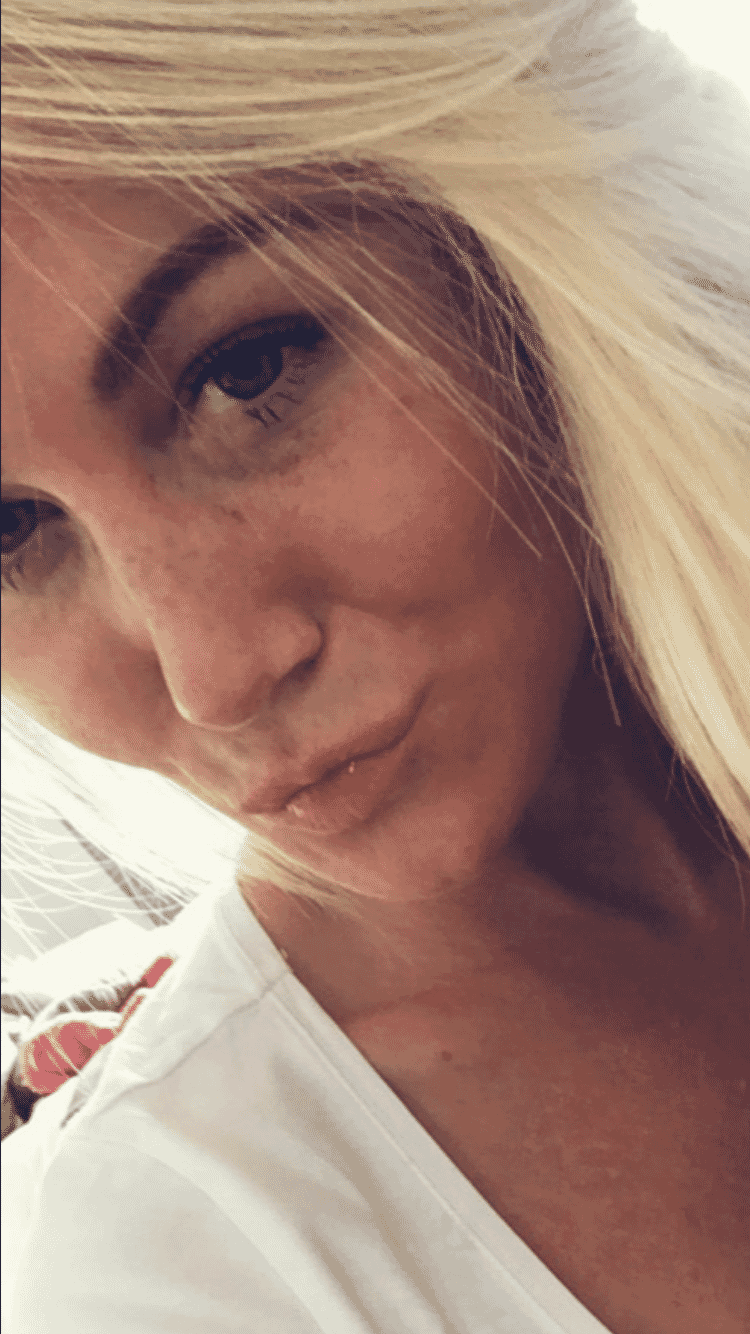 I can actually let people outside my family see me without make up. It may not sound like much to normal people but for me that is a huge step. The best thing is that other people are really starting to notice the change in me and how I look. I get compliments from strangers now and I’ve never had that. Just the other day one of the new girls at work who used to be a beauty therapist told me that my skin looks incredible and asked me what products I used as my skin looked so good. 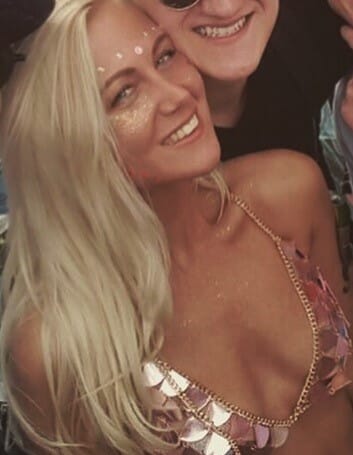 I feel like a different person. Even commuting to work has now become something I enjoy. I used to dread it every day and hide my face inside my coat. I have become a different person. I have now found the confidence to learn how to drive and I passed my test at the end of last year. This is something I would never have dreamt of doing as my confidence was at zero when my acne was at its worse. I went to a few festivals last year and everyone always had gems and glitter on their face which is something I was never able to do as my skin was so sore and sensitive and things like that would make it even worse. But this year I tried the glitter trend and my skin survived. I had no reaction at all and it felt amazing. I still stare at the pictures of myself in amazement as I never thought I would be able to 'be normal' like that. 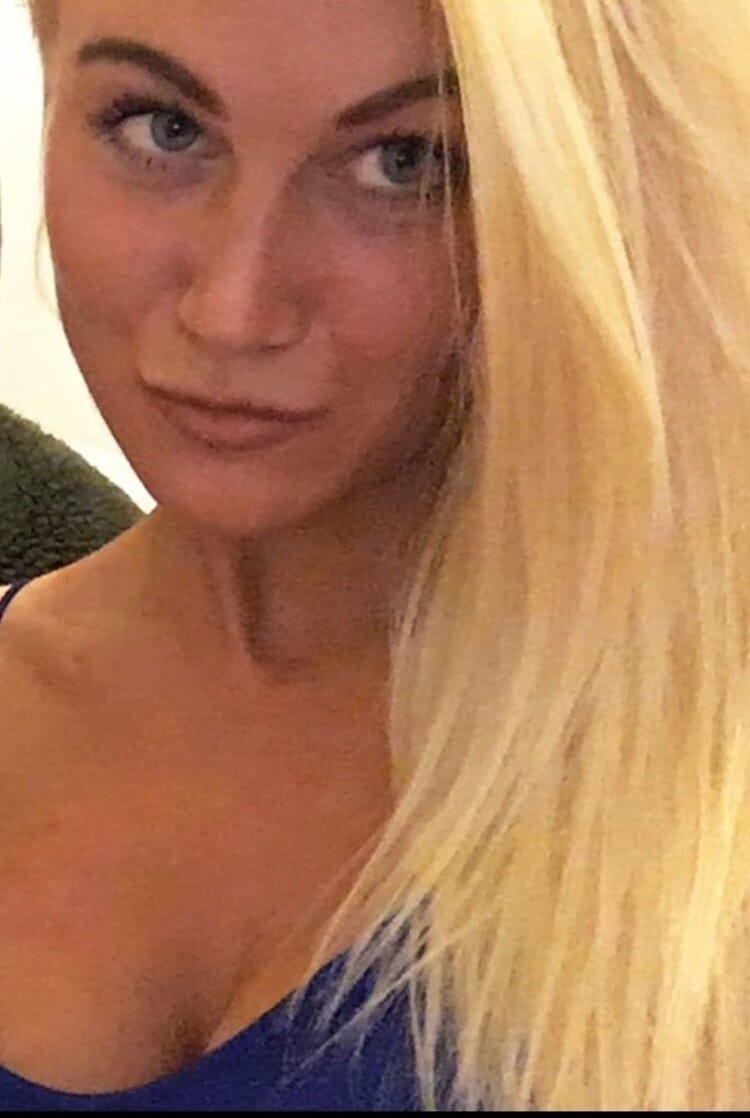 I still have several psychological hang ups form my past to get over, although I’m no longer in therapy. Like I still put my hand over my mouth when I speak to strangers out of habit and I have to keep reminding myself not to. I’m still really shy too but I’m becoming more and more outgoing with time. I can laugh now without covering my face. I also still have several side effects from the years of medications I took such as blepharitis and dry skin and my lips still crack in cold weather. But all these things are improving. The main point is my skin is clear now. 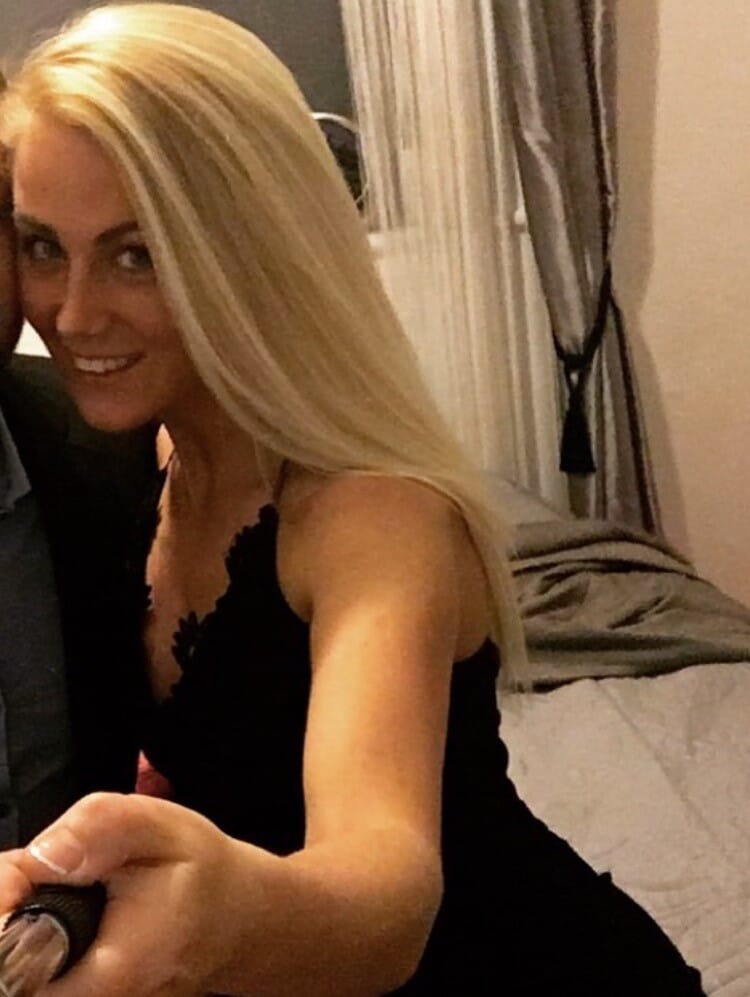 I feel like slowly I am getting my life back, the kind of life that a young woman like me should have been having for years. I feel I am actually living life for the first time since I was a kid.   My only regret is that I wish I’d looked into a treatment like Silver Serum earlier and that I hadn’t gone so heavily down the medication route for my skin. I feel I’ve done permanent damage to my skin as a result when the solution for me all along could have been a treatment that was far less damaging.” Silver Serum is available from Skin Shop 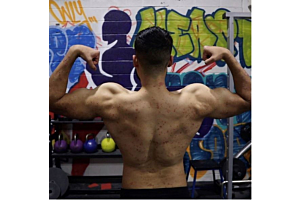 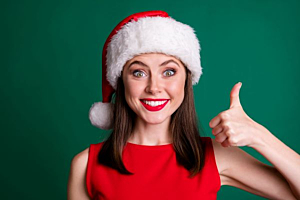 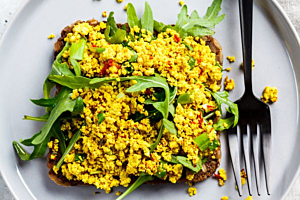 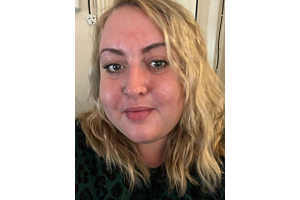 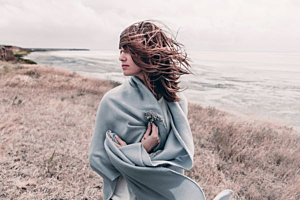