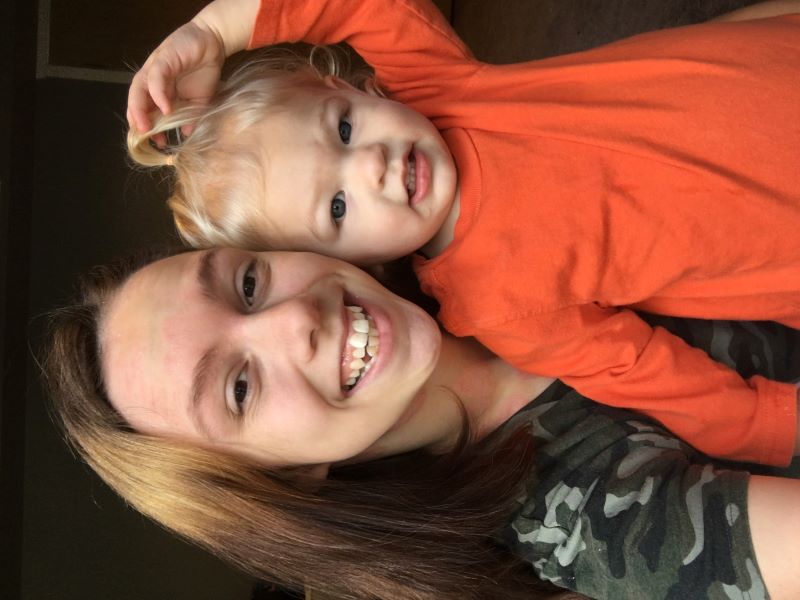 21-year old stay at home mum, Hannah Richmond from Washington in the US, has suffered from psoriasis and scalp psoriasis since she was eleven. Hannah lives with her partner Andrew, 24, a car mechanic and their one-year old daughter.

“I first developed psoriasis when I was eleven years old. I’d had pneumonia and afterwards I was scratching behind my ear and felt something ‘crusty’. At the time I thought it was dirt, so I just cleaned the area and didn’t think much more about it.

My grandfather had psoriasis and passed it down to my mother, but she didn’t have it as badly as I went to develop it.

When the patch behind my ear spread and turned into a full flare we didn’t know what to do. It was chicken pox season, so my mother called my doctor to ask about it. They told me to stay home from school so I didn’t spread it. After about a week. we went to the doctor.

It was then that they told my mother I had psoriasis and not chicken pox. I remember when she told me it made me feel really isolated. I was shocked and confused. I asked them over and over if it was something that would go away. I was really upset when they kept telling me that it wouldn’t go away, that I’d have it for life.

What the doctors gave Hannah for her psorisais

I was prescribed topical steroids to use behind my ears and a tgel shampoo as by then it was starting to spread over my scalp too.

These products did work if my mother and I were consistent with the steroids and tgel. But it was exhausting for us and this strict regime was only really effective for about a year. My mother helped do everything so I didn’t have to worry about it but it was so time consuming and as time went on, I got more and more angry as my skin and scalp just wouldn’t clear.

Over the following years my psoriasis got worse and became more frequent. Any cut or scrape I got would heal up and then turn into a psoriasis patch so my skin was getting more and more covered in patches. I’d also get a flare up if I got any kind of stress.

As the years went on, I didn’t want to keep on using steroids so three years ago I decided to stop using them. I went through Topical Steroid Withdrawal, which basically meant my skin went crazy.

My scalp was effected the worst and was completely covered in white scaly psoriasis plaques. My hair started falling out and I was left with bald patches.

I was determined to try and treat my psoriasis with something other than steroids. I tried anything I could get my hands on, drinking apple cider vinegar, coconut oil, probiotics, uvb light therapy, red light therapy, tea tree oil, African black soap products and others that I can’t even remember now.

How Hannah's psorisis effected her life in the beginning

My psoriasis has affected every area of my life. My confidence being number one.

How she coped at school with her psoriasis

The first six years of living with psoriasis was the worst for me. I would be getting ready for school and I would just break down, cry and scream into my pillow. I would try to cover up the plaques with makeup. I was so frustrated that I was different and people would stare. As I have the worst psoriasis on my face its very visible to everyone.

In the beginning I was really depressed about my skin. I felt different to everyone else in the world. But things change when you start to understand the skin condition more and you can begin to talk to other people with it about how you feel. I do this through my Instagram account @prettypsoriatic and belong to a large psoriasis community which has helped me a great deal.

How psoriasis effected her relationships

It used to affect my relationships. I’ve lost a lot of friends due to my psoriasis. But now I know that if someone doesn’t want to accept me the way I am.. that’s a reflection on them.

It was hard at school. I can remember one time, I was in science class and I had to talk to someone about a project. They didn’t know me so they had backed away from me quickly, and pointed at me saying “What is that!? get it away from me, I don’t want to catch it.”

There was another time where I was at my grandma’s funeral, and I was wearing a dress. My back had psoriasis on it and my grandma’s friend walked up behind me pointed at it and asked “what is that? it looks really gross”.

Now I’m ten years into my condition, I can happily say it doesn’t bother me as much as it used to.

How psoriasis had a positive impact in her relationships

In some ways it has even helped me. For example, due to my psoriasis I had more time to bond with my mum because she would sit with me for hours combing out my hair, putting medicines on and talking with me.

Psoriasis has strangely also been a bonus in my dating life. I know it sounds strange. I look at it as a very effective way to weed out the bad ones. If a guy sees my skin and instead of being immediately repelled shows some curiosity about what it is, it shows that he can be accepting. My boyfriend Andrew is my biggest supporter. He tells me he thinks my skin is cool because it’s never the same. It’s always changing.

However, despite these positive aspects, it’s not easy living with psoriasis. I still have some bad days with it. It’s hard having a disease that you know will never leave your side. It can feel like a very heavy burden on your shoulders at times.

What helped Hannah finally get control over her psoriasis?

I discovered the Oregon products through my Instagram community. I was interested as they did a specific hair care range for scalp psoriasis which was unusual and the reviews on it were very positive.

How quickly did Hannah see her psoriasis improving?

Within the first few days of using Oregon products I noticed my skin was improving, my flakes had gone down a lot and the redness was going down after the first week and my scalp felt calmer and less inflamed! My skin didn’t feel as tight and dry as it had been. This was a very good sign as its rare to see anything work that fast.

I would say the best improvements I saw was towards the end of the second week using the Oregon products. My skin became much less red and furious and wasn’t burning or itching as much. My skin is continuing to improve with each week I use the products.

What was the effect on her scalp psoriasis?

The Oregon hair products differ from other products I’ve used as they are not oily. They feel more like a lotion, which is nice as any stuff for the scalp I have tried before left my hair and greasy mess. With the Oregon products my hair feels soft and conditioned but not greasy.

What impact has finding something to help control her psoriasis had on Hannah's life?

The products are not messy at all and don’t smell bad, which is a hard thing to find with in any psoriasis product! They have a shampoo, conditioner, body wash, and skin cream so there is something for every part of your skin and all your skincare needs so you don’t have to worry what else you are putting on your skin. Another great thing is, I’m not afraid to use these products when I’m holding my daughter as they have natural ingredients so I know they will not be causing her any harm.” 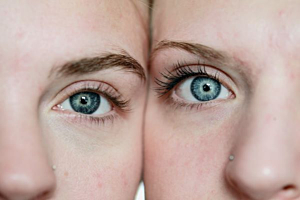 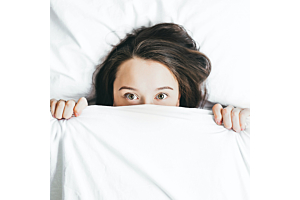 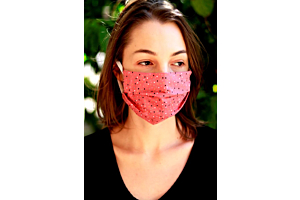 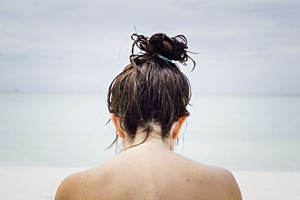 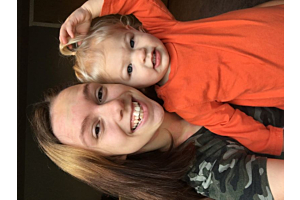